As of May 2011, Alexander Forbes has a new brand - premised on the promise of ‘securing your financial well-being’.

In order to introduce the nearly 5,000 Alexander Forbes staff to it, without quite revealing the exact expression of the new brand (see below), we conceptualised the Dream-makers Campaign, which was premised on the idea that the very best financial services companies make their customers’ dreams come true.

To dramatise this simple truth, we produced a video about dreams and how Alexander Forbes helps them on their way. The music is library music.

This was supported by a four-week campaign leading up to the announcement of one staff member’s winning of R100,000 towards the realisation of their dream. Over 1000 employees posted their dreams on our purpose-designed Dream-makers website. And on the day the London-based staff member won her dream, Alexander Forbes flighted the new corporate TV ad below for the first time.

This beautiful TV advert was made by the Bester Burke Slingers Group in Cape Town in 2011. It is currently flighting on a variety of TV channels, mostly on dstv. The music was specially composed; the voice is Sello Ka Ncube.

Until February 2009, Alexander Forbes was pretty invisible – across all its businesses, with insurance being no exception.

The media spend over the last three years had been minimal and only specific tactical products such as CitiPlus had been advertised.

There was a small BTL presence through the Internet, brochures and some POS activity in malls.

Insurance advertising activity was increasing with the advent of companies like Miway and Hippo and the omni-present, mega-spending Outsurance.

We were therefore tasked to create an above and below-the-line brand awareness campaign for the Alexander Forbes short-term insurance business, which focused on household and motor insurance as a combined insurance product.

This we did off the positioning: The best insurance you have never heard of

And the ‘phobia’ creative platform with the strapline:

There are lots of things to be scared of. Insurance needn’t be one of them. 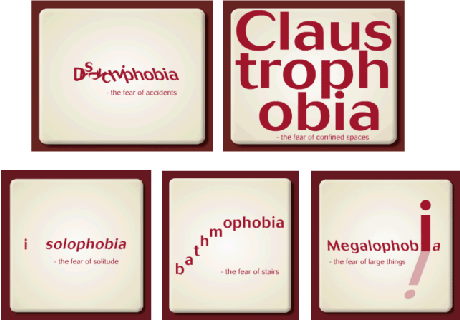