The Richtersveld Land Settlement:
Celebrating history in the making

We were asked to:

The Richtersveld is a large area of land situated in the north-western corner of the Northern Cape Province. For centuries it has been inhabited by what is now known as the Richtersveld Community.

The Richtersveld Community was living on the subject land when the British annexed the area in 1847, and continued to live there undisturbed until the 1920s, when diamonds were discovered.

After that time, the Richtersveld people were progressively dispossessed of the subject land as mining licences were granted over the area. In 1957 the subject land was fenced off, and in the early 1990s the land was vested in Alexkor Ltd, a government owned diamond-mining company.

The application for the land claim was launched by the Community who reside primarily in the surrounding towns of Lekkersing, Sandrift, Kuboes and Eksteenfontein.

There are approximately 2300 Claimants.

The claim does not relate to the whole of the Richtersveld, but only to a strip of land along the west coast from the Gariep (Orange) River in the north to just below Port Nolloth in the south.

After almost ten years of extensive negotiations and consultations, the Government and the RVC signed a momentous settlement agreement on 22 April 2007 in respect of the land restitution claim. This unlocks any unnecessary delays in restoring rights and the payment of compensation to the community.

In addition, this will now enable the community to exercise their rights as landowners with respect to the future land mining and commercial activities of the area. This would make the community owners of a company with considerable potential.

The Deed of Settlement

The concept: A celebration on 1 December 2007

We celebrated this historic settlement with a Richtersveld Festival, where each of the 2300 Claimants and their families were invited to attend in Alexander Bay.

In summary, the Celebrations were based on three principles which acknowledge and recognise:

The concept: Establishing the Richtersveld brand

A Richtersveld brand has been created to mark the restitution of the land and commemorate the collective determination of the Richtersveld community to seize prosperity. This is expressed as follows: 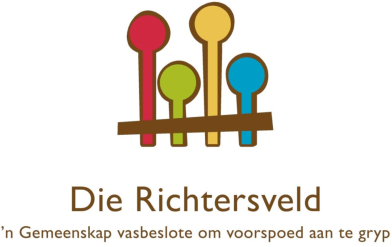 It is important for future generations to understand the significance of the 22 April 2007 Settlement and the role the democratic government has played in restoring the dignity of those who had been dispossessed for generations. The intention was to preserve and record both the struggles for the Land and the opportunities that this victory heralds. The future beckons with limitless possibility, particularly for the coming generations. In Alexander Bay, we have built a commemorative structure used an existing Play Park as a site for this project.